Our Community is always the source of the best remote destinations in Latin America. No one better than the REMOTERS themselves to share with us their passion for these regions that pulsate with life and nature.

Lençóis Piauienses is a stronghold of beauty unknown to even the most adventurous locals, but it’s right in Mário Carvalho’s backyard. We talked with our close friend, a Portuguese-born Brazilian citizen, who described a bit of this secret in his own words.

The Parnaíba River Delta, a central element of this coastline, is an ecological sanctuary of massive natural beauty. It’s the only delta in the Americas that flows into the open sea and the third largest in the world.

Its branches draw an archipelago of more than 75 islands, dunes, freshwater lagoons and a lush tropical forest where crocodiles, boa constrictors, capybaras, monkeys and birds of rare natural beauty are still found.

The Tremembé Indians lived around here. They say that it’s here that Nicolau Resende’s ship sank with a few tons of gold on board. 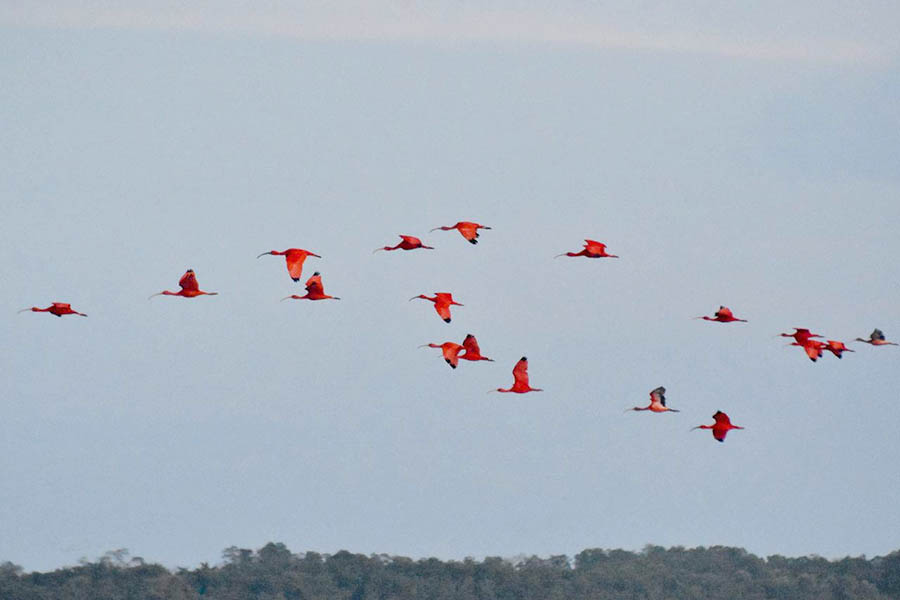 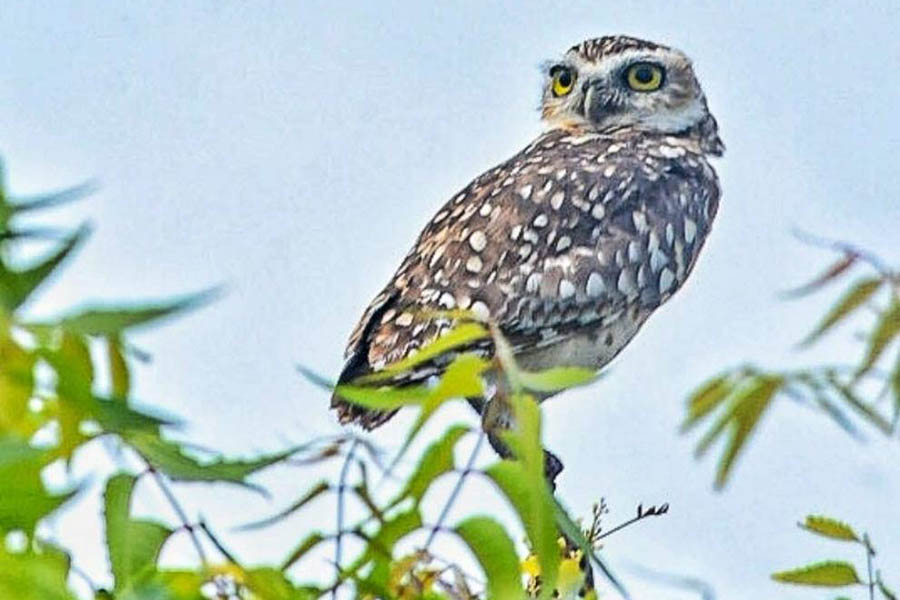 The gateway to this “jungle” of our imagination is the beautiful city of Parnaíba, whose origins date back to the mid-18th century. The city was born in what is now the region of Porto das Barcas as a commercial hub for the beef jerky industry that was established here. From here the boats loaded with jerky set sail to ports and distant places.

To help visitors get to know this coastline filled with history and natural beauty, the Hotel Boutique Casa de Santo Antônio was born, situated in the historic city center of Parnaíba, just a few minutes on foot from Porto das Barcas, today one of the departure points for boats that offer tours and adventures in the Parnaíba River Delta. 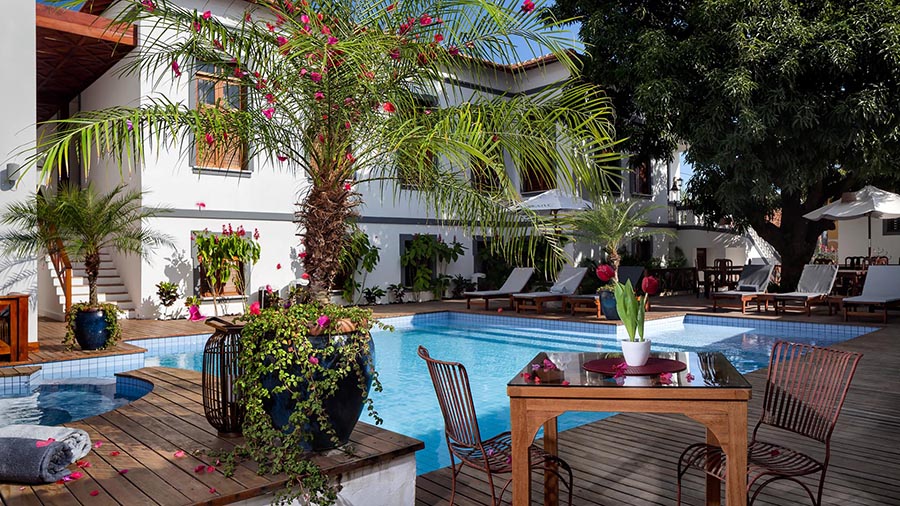 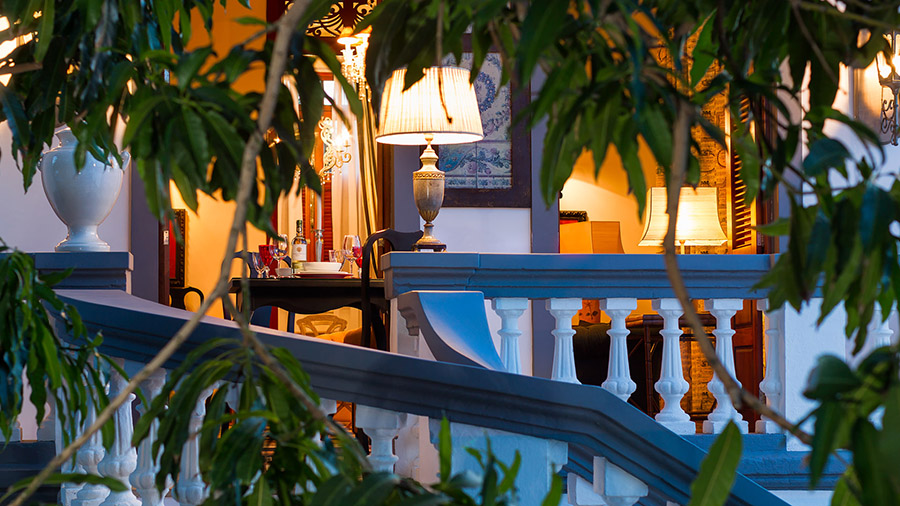 Casa de Santo Antônio, a 100-year-old mansion protected as a landmark by IPHAN (the National Institute of Historic and Artistic Heritage) and renovated by the MVC family, allows visitors to experience adventures in nature and to sleep surrounded by history. The experiences we offer our guests were conceived thinking of the wonder and spiritual awakening that nature provokes and the emotions that adventure, especially when combined with romance, produces: tours on the Revoada dos Guarás Delta or watching for monkeys on the Igarapê do Guirindó, crossing the Pequenos Lençóis Piauienses on quadricycle, toasting the sunset with champagne at one of the deserted beaches of the delta and tasting dinners in the hotel’s garden are just some of the delights that await our guests.

On our small, but grandiose coastline, we also have breathtaking beaches and a range of colorful, shifting dunes that vary in granulation with natural pools in between formed of waters from the rainy season. We’re talking about Pequenos Lençóis Piauienses, a rare jewel that is still largely unknown. The main point of access is around the Lagoa do Portinho. Trails in the restinga forest lead to this paradisiacal locale that is evocative of a sanctuary with a rich presence of lavish fauna and flora.

The ideal way to get to know the Lençóis Piauienses is by quadricycle. Climbing up and down dunes and taking in the heavenly scenarios with the chance to swim in the Lagoa Refrescante. In the evening, take some time to watch the sunset from atop one of the highest dunes in the region. 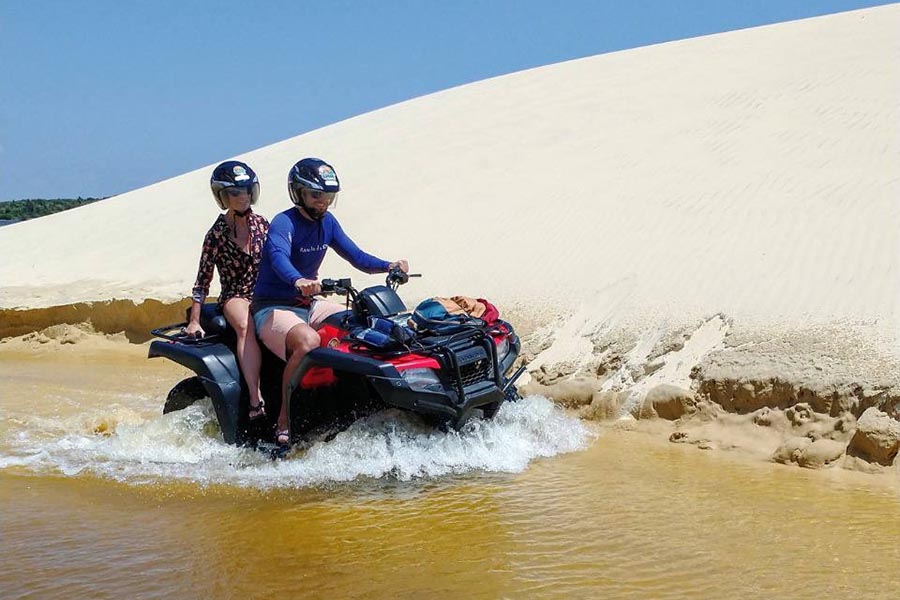 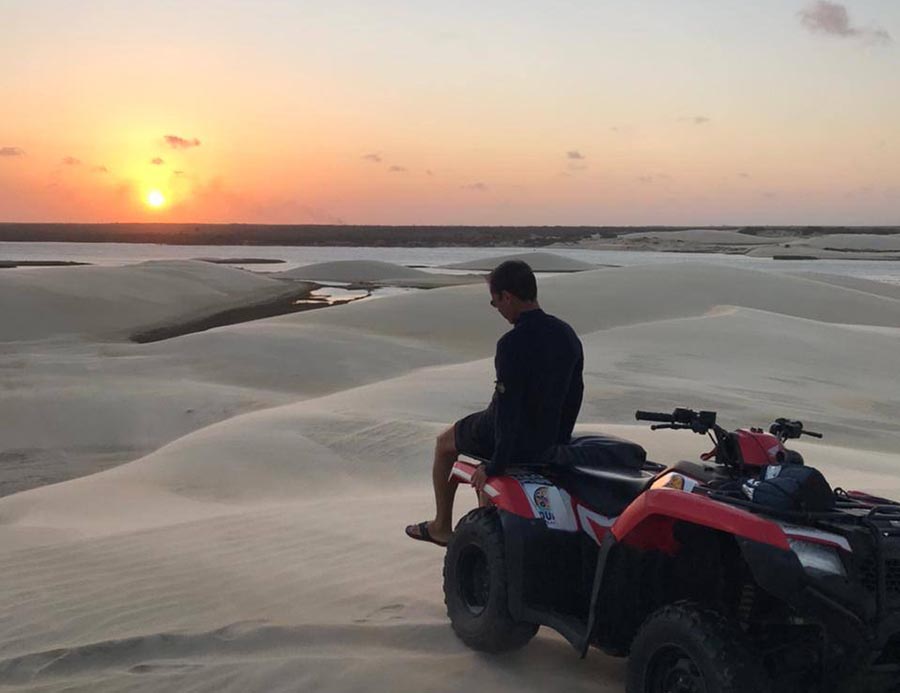 Back at the hotel, a foot bath awaits, as well as a delicious tasting dinner prepared by our Chef. 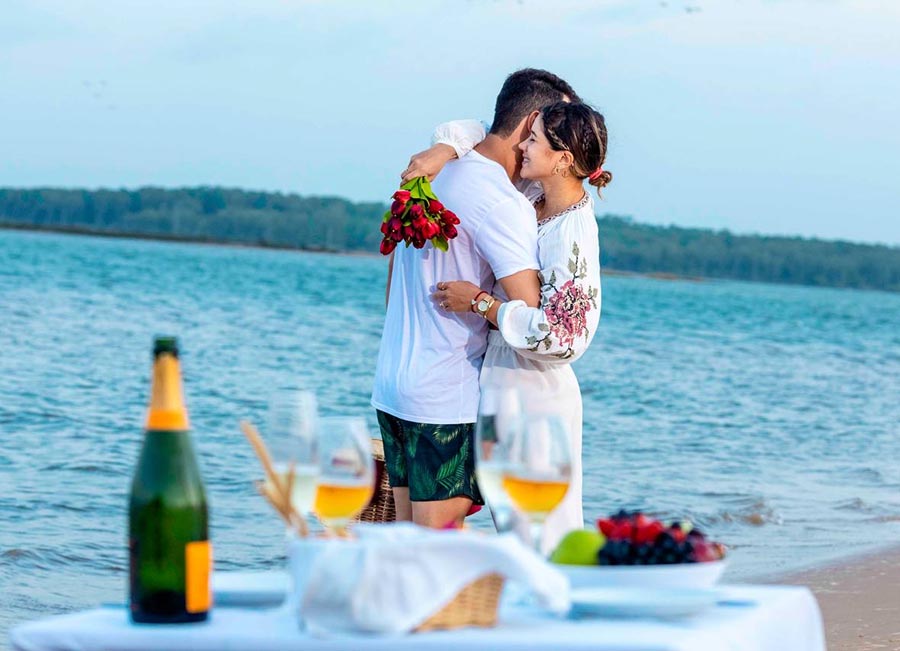